WhatsApp is one of the most popular apps today and it’s also arguably the best messaging app out there. The Facebook-owned company has also made sure to not take its domination lightly. There have been numerous updates to the app and it now includes a ton of new features like group video calls, sticker support, and more. While WhatsApp packs in some great functionality natively, there are a few Android apps that make it even better.

Yes, you heard that right. We believe WhatsApp can be made even better when used with other third-party Android apps. These apps might offer different utilities but they fill in the voids one may find in WhatsApp. Without any further ado, these are 7 apps that make WhatsApp even better for you:

Transcriber for WhatsApp is one of those apps which I am sure everyone will benefit from. This app will come handy when you’ve received an audio message from someone, which you can’t listen to because you’re in, say, a crowded metro and don’t have a pair of earphones. This app can transcribe the audio message for you and show the text version of what the message.

You can also open the app to see the chat history or play around with settings like language selection, interface opacity, and more. There’s also an option to remove ads if can’t stand seeing ads while using it.

You may have used a third-party app or software to setup auto-response for email clients. But have you ever tried one for WhatsApp? Well, if you are on the lookout for one, then the AutoResponder for WA is worth checking out. As the name suggests, AutoResponder for WA lets you set auto-response for messages from either a particular contact or for everyone. The free version of the app has some limitations, so you might want to splurge on the PRO version (around $5). The app has a little-to-no learning curve, so you should get going as soon as you install it. 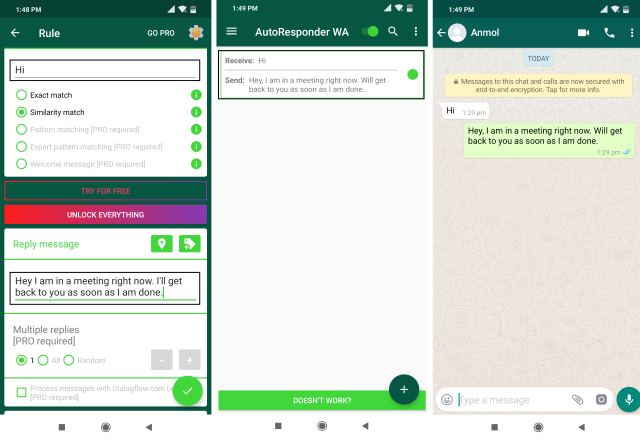 If WhatsApp is your primary messaging app, then you might want to protect it to prevent someone from taking a peek your conversations. Password-protecting the app is one of the best to ensure that your chats are kept private. There are a ton of apps on the Google Play Store to lock your apps, but App Lock is one of the most popular ones, and it works like a charm.

That’s it, WhatsApp will now be protected by an app lock so no one will be able to read your WhatsApp messages unless you unlock the app first.

SKEDit is a message scheduler for WhatsApp. With SKEDit, you can schedule a message on WhatsApp with a couple of simple steps. It’s a pretty straightforward app with no hidden caveats. As soon as you install and open the app, you’ll be shown a bunch of apps with which you can use the service. Simply choose WhatsApp, and connect your WhatsApp account. Once you do that, you’ll be taken to the page in which you can schedule a message easily. SKEDit is available to download for free, so be sure to check it out. Plus, the app works completely automatically (unless you want it to ask you before sending a scheduled message) so you can just schedule messages and forget about it. 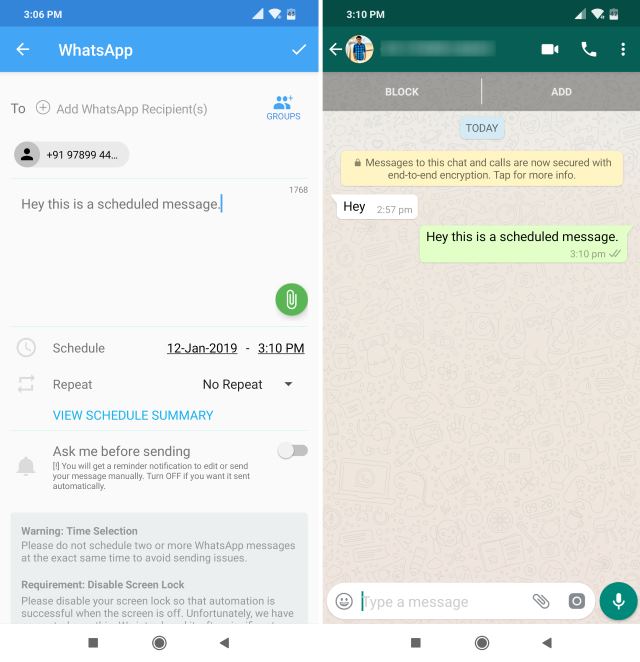 WhatsApp recently introduced the ability to share stickers on Android and iOS. They are slowly taking over the messaging platform as an alternative to emojis. While WhatsApp gives you a ‘small collection’ of Sticker packs to start with, you can head to the Play Store to download an app called ‘Sticker Maker’ to create your very own stickers. 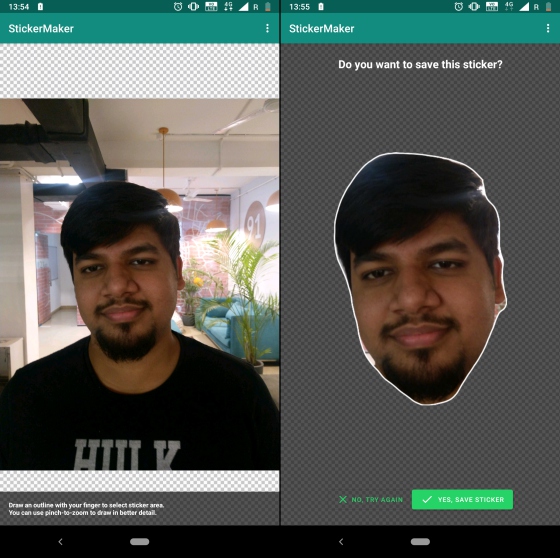 Notify is an app that offers a more convenient way to receive notifications and reply to notifications than WhatsApp does. It opens up conversations in the form of bubbles or Facebook Messenger like chat heads and allows you to reply to messages without having to switch between apps. 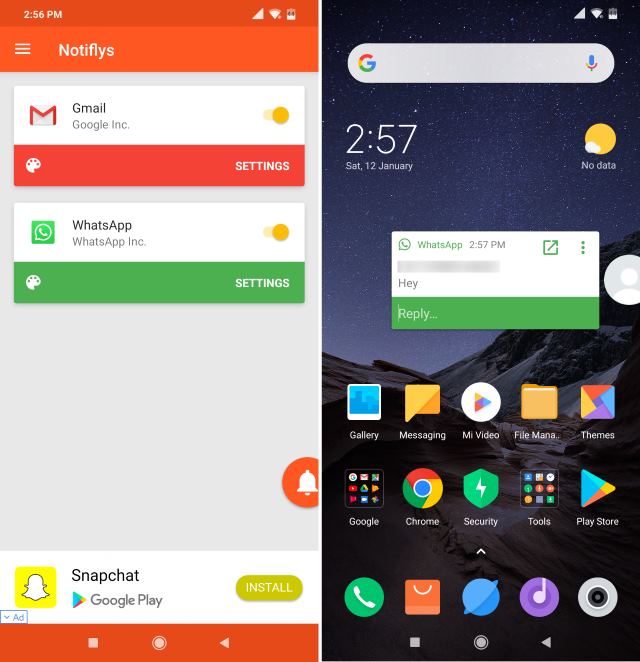 It offers a very simplistic design and allows the user to have a conversation without it getting in the way of anything else. Apart from WhatsApp it also supports Telegram, Line, Hangouts, Skype, VK, Tango, KakoTalk, Twitter, GroupMe, Threema, textPlus, Textra, ChompSMS, QKSMS, Facebook Messenger, Google Messenger, Plus Messenger, Gmail, and Inbox.

CropShop is an absolute must have app for everyone who is still waiting for the day WhatsApp allows non-square pics to be put as profile pictures. This may be one of the biggest shortcomings of WhatsApp, similar to how it was on Instagram before they came to their senses and started allowing images of any size to be shared.

Well, till the time WhatsApp comes out with a solution for this, CropShop is our go to app to save the day. Using CropShop, you won’t have to crop your favorite photos just so you can fit them as profile picture on WhatsApp, instead, you can use this app to edit it and add a blurred background which will give it a square shape. You can also make basic edits and add some fancy filters to your photos before sharing them. Use this app, so you won’t have to chop your legs off the next time you want to make your selfie your DP.

Post Views: 224
Tags: Must Have Android Apps For WhatsApp Users